We had a late, leisurely start on the second day in Venice.

We lazed around, had a nice huge breakfast. Did I mention the coffee in Venice? I must have, but delicious as it was, it is certainly worth mentioning again. Such delicious, flavour-full coffee!

The plan was to visit the islands of Murano, Burano and Torcello. There are tours from Venice but all the reviews and traveogues I read recommended using the public transport to get the real feel of the place. So we decided to use the public transport instead. We went back to the vaporetto station and took a 12 hour ticket which allowed us to use any water bus for 12 hours. Later we realized that we should have gone in for the 36 hour ticket – would have been far cheaper in the long run, but at that point, both of us missed it.

On route to the vaporetto station, we stopped at a church. Check out the ceiling! 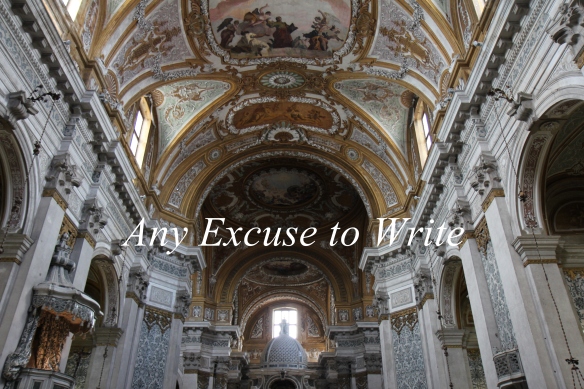 We decided to go to Murano first. Murano is the island famous for the glass factories. The water bus that we took, actually felt like a ‘bus’ in the real sense. Check out the crowd. Clearly loads of tourists had read the same travelogues as me 🙂

The sights we passed enroute to Murano.. 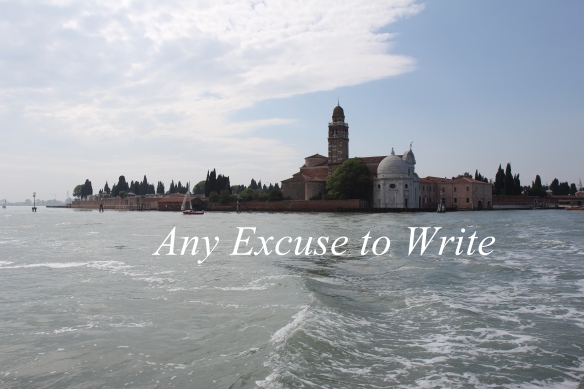 The wooden pilings apparently show the route that the waterbuses have to take. We saw these sort of pilings on the way from the airport as well. Apparently the whole of Venice stands on millions of pilings like these. The wood came from Slovenia, which now has barren regions because of all the wood that was cut and used to keep Venice afloat. 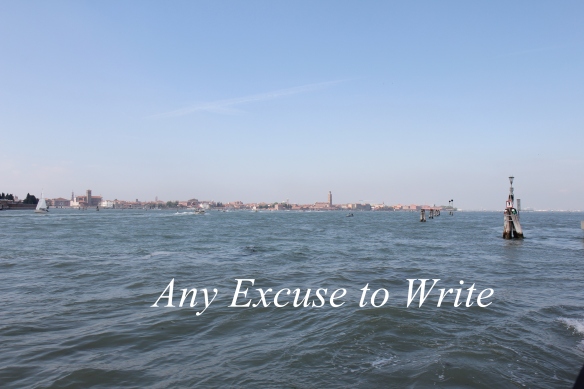 As soon as we landed on Murano, we were directed to the glass factory, which would close at noon. We hurried towards the factory, along with all the tourists from our water bus. In the factory, we were treated to a wonderful exhibition of glass blowing, and the art of making glass artifacts. He made a glass horse in minutes! It was breath-taking to watch.

And he blows it out!

Look at him fashioning a horse from molten glass!

And within minutes the horse is ready! What expertise! 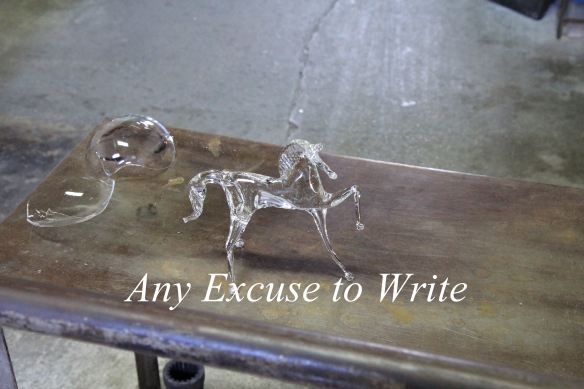 After the session at the glass factory, we refused to get seduced by the charming salespeople at the glass exhibitions, and decided to walk the streets of Murano instead.

Fodder for the boats – a filling station for boat. 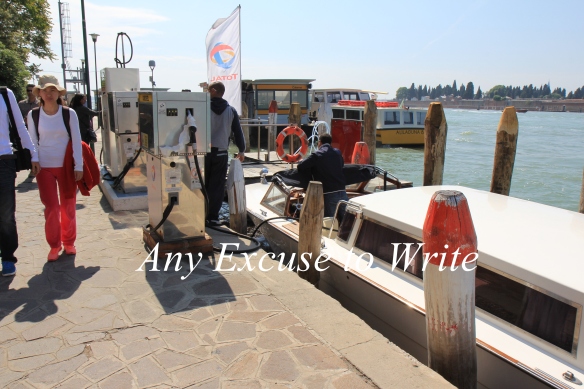 I loved the look of this boat, full of vegetables! I couldn’t help wonder if it were a vegetable shop or just the way the restaurants get their veggies delivered. 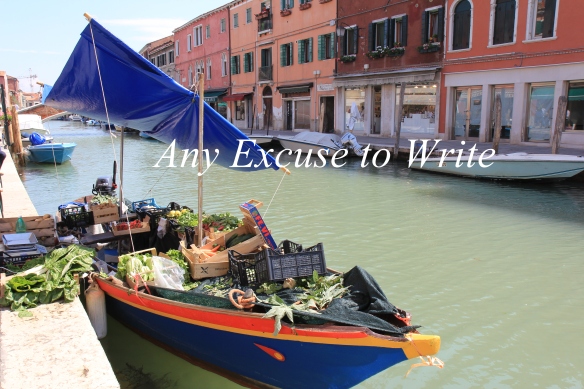 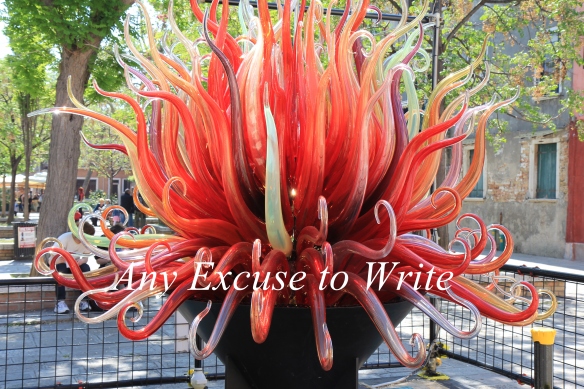 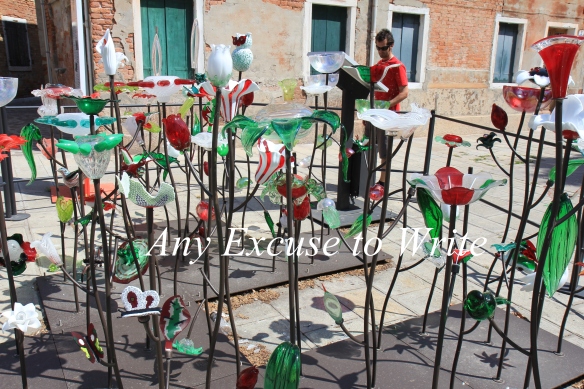 As I browse through my pictures, I realize that we have loads of lovely pics, but all of them with us in them, so I’ll just skip ahead to our next destination – Burano. I found the way the Italians pronounced the word, so very charming! So off we went, back to the water bus station, and got on the water bus to Burano.

We saw some abandoned islands with ruins of houses on them.. Doesn’t it make you wonder who lived there, in the middle of the sea, all alone on an island? I’m not surprised that whoever lived there decided to abandon it..

Burano, I understood from what I had read was famous for it’s lace and its coloured houses. Here’s a picture that captured both. 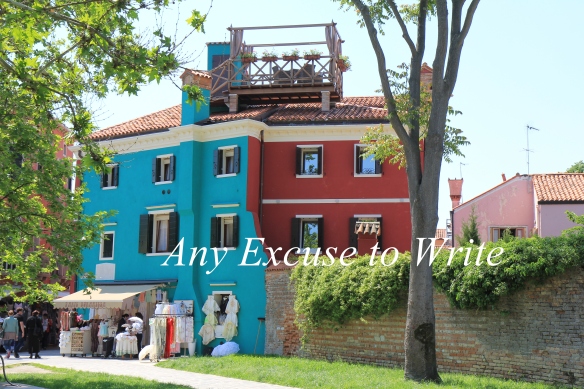 Another thing that struck me about Burano was the greenery. It was the greenest among the islands we visited. May be it just was not as populated as the others..

The multi-coloured houses of Burano. 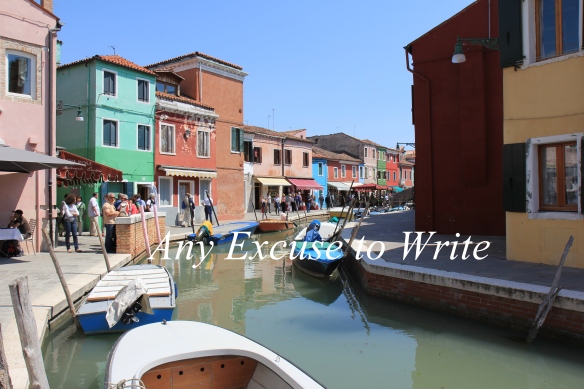 When daughter was little, she used to watch a programme on Cbeebies, and it had coloured houses(to teach the little ones colours), and the houses in Burano reminded me of that!

And soon it was food time. Hitchy, finally some food pics, that can be posted 🙂

That was one of the most delicious meal we had in Venice. The bread was oh-so-delicious! Dipped in Olive Oil – yum!

Grilled veggies – we polished off a few before we remembered to take pictures! 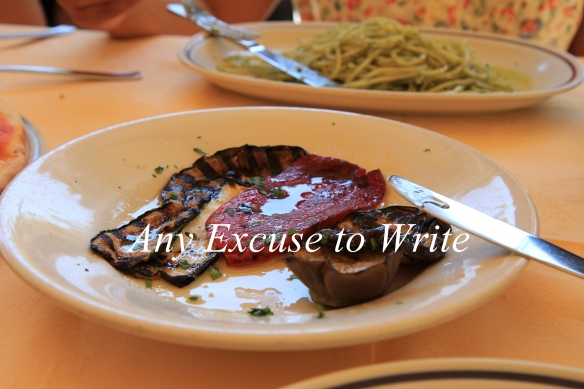 The pasta I fell in love with. I don’t remember the name, the menu was in Italian, all I knew while ordering was that it was a vegetarian spaghetti, but the taste! It was amazing! I think it was spaghetti in pesto. I came home and tried to replicate it with basil pesto, and the taste was quite similar. Delicious! The thought of it makes me drool!

We also had a delicious dessert, a local biscuit and ice-cream, drenched with chocolate sauce! I can’t find any pictures of it. Clearly, both of us were more interested in attacking it rather than waste time taking pictures 🙂

Tummy satisfied, we walked around the little island. Colours everywhere! Such a lively, cheerful looking place it was! 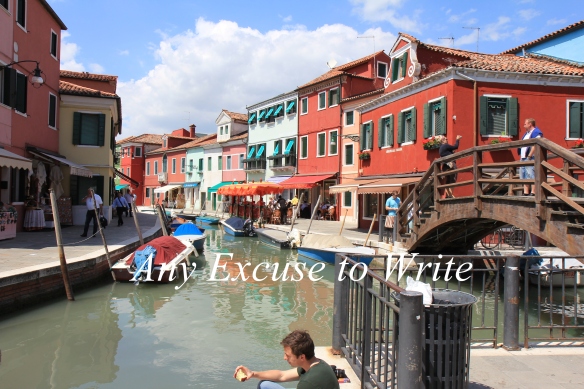 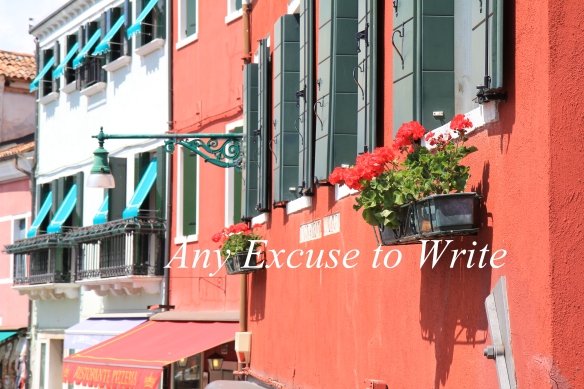 The plan was to visit Murano, Burano and Torcello, but it was almost 3 in the afternoon by the time we were done with lunch, so we decided to skip Torcello and return to Venice. We had booked a day tour to the Hill Towns of Veneto for the third and final day in Venice, so we really wanted to experience more of Venice. Torcello seemed less attractive than Venice.

So off we went, back to Venice, and what we did there, shall be fodder for the next post 🙂

PS: Remember me moaning about not being able to select pics to post? Well, WP decided it for me – no more pics. Apparently I am the limits of my media capacity, so I had to delete all my headers, and ran to Hitchy in tears, thanks so much, Hitchy, for all your help 🙂 So has any of you faced this problem? Any option, apart from using Flickr?